Many Samsung LCD and Plasma Tv’s are experiencing problems when turning on. One of the most common symptoms is a clicking noise after you try to turn the tv on. Sometimes after a few minutes of clicking, the TV might turn on but the problem will likely returned the next time you turn on the TV. 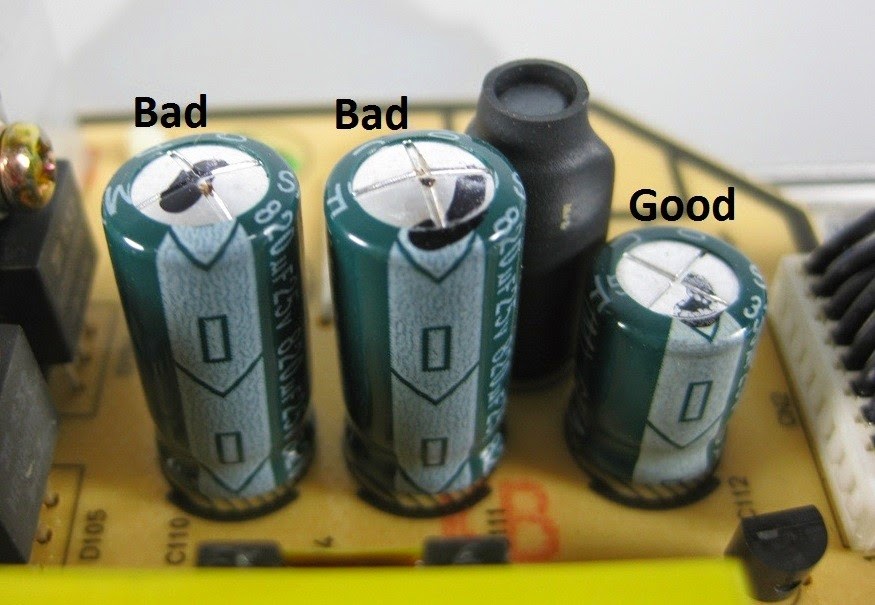 The cause is defective electrolytic capacitors (shown at picture above) on the power supply board. You can find a lot of information online on how to repair this problem. This information is helpful and efficient, but in this article we want to suggest a recommendation that will help your Samsung Tv Repair to be even more effective.

All capacitors have a string of numbers printed on them that indicates their voltage value. We recommend replacing those burned/defective capacitors with new Panasonic capacitors that have a higher voltage value and a higher temperature rate. 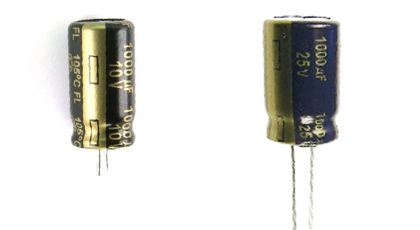 Here is a list of the capacitor's upgrade that we suggest:

If the burned/defective capacitor shows a temperature rating of 85*C, you should replace it with one of 105*C.

This is a list of some good components manufacturers that we recommend and use when we repair Samsung TV's at our facility in Chicago.

Look for low ESR capacitors as they are the most effective to repair your tv circuit board properly (lower is better, but usually higher cost)

You probably will not find these Low ESR capacitors easily at a local store. Please keep in mind that this is important and also that all of the capacitors that SilverShopTvParts.com sells are Low ESR and meet the professional specs required for television repair.